It took me a while but i’m back in Panama and not alone this time. It was kind of a hastle but I was able to bring Ginger ( the official mascotte of coucoucrazy). There was a bit of a scare in Tocumen AirPort when I could not find the office of the Ministerio del salud, where I had to pick Up Ginger. The lady that took Ginger from the special luggage told me it was outside of the customs area, this turned out to be wrong. So I had to hike up the stares with all of my luggage, go to the badge office, give them my pasport, get a badge, go back down, leave my luggage behind and reenter the customs zone. There everything went smooth, 20 minutes and 146 dollars later I was out of the AirPort with Ginger at my side. 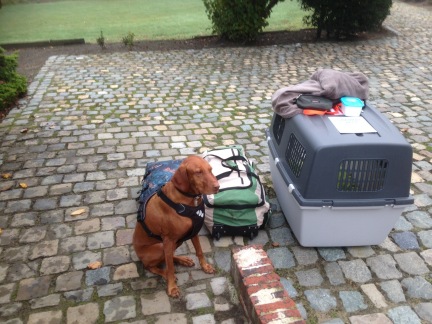 We are almost a week later now and my little diva has totaly adapted to her new lifestyle. Whether she is chasing bugs, going with me for a run, swimming in the sea, she is doing it all with a big smile on her face ( just like her Boss). 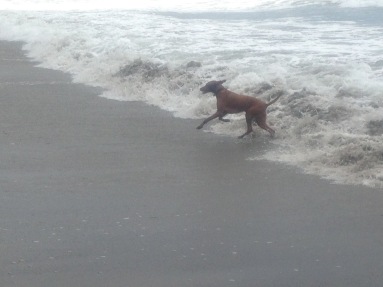 It has not all been sunshine and rainbows, logicaly because it is still rainy season. But what I mean is there are some problems with the container. Or I should say there where some problems, now that I have paid the due taxes I hope to hear back from the shipper on monday with the date that the container will be delivered at my door.

So come next week expect more blogs as I will again be in possesion of my camera. Also I should be able to get WiFi by then. So stay tuned for more Panama adventure.